Cucumber growing in a foil tunnel 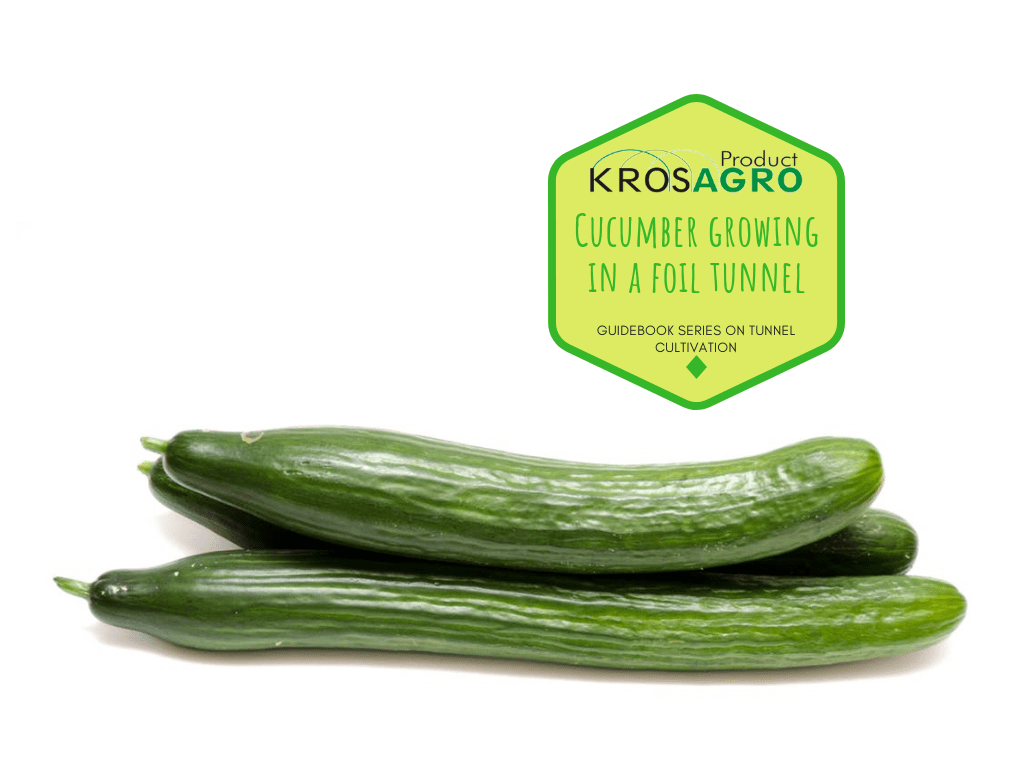 How to grow cucumbers under cover?

Growing cucumber in foil tunnels is easy, as long as we remember some important information. Planted in private greenhouses, it is a favourite for many gardeners for its taste and as a basic raw material for conserved foods. The cucumber’s edible parts are a fruit of various lengths, covered with a more or less smooth skin.

Compared to other vegetables, cucumber does not have many nutritional values. But it contains a number of basic elements that help in the de-acidification of the body. Cucumbers, which consist of 96% water, are a low calorie salad ingredient that perfectly quenches thirst, tastes good and smells great.

Growing cucumbers in a greenhouse

Cucumber is a seasonal plant, once a year. We sow it directly into the ground or as seedlings. The early and mid-early varieties work perfectly in the foil tunnels. When planning cucumbers as a main crop. We can use early vegetables such as cress, spinach, radish and lettuce as pre-crops.

Heat dependent, cucumber plants have high demands in temperature, humidity and soil. Sunny and warm places rich in humus are ideal conditions for growth, so it is better to avoid the dark places. Planting them near trees and shrubs adversely affects growth. Due to high sensitivity to wind, we will favour shelter when choosing a cultivation site.

Growing cucumber under cover in foil tunnel provides favorable conditions for growth, development and subsequent ripening. Inside, the plant is protected from changeable weather, sudden wind and heat loss. The daytime heat is kept by the foil for the night, protecting the vegetable from the cold.

For growth , cucumbers need a lot of nutrients that it draws from the soil. So we associate it with plants with medium nutrient requirements. Cucumbers are members of the cucurbits species, so we avoid planting them close to its family members because that would slow down growth. We plant it after deep rooted plants and because of its shallow roots.

Good neighbours for cucumbers are beans, cabbage, lettuce, kohlrabi, celery and spinach, while potatoes, radish and tomatoes are not suited to cucumbers.

Cucumbers seedsare planted when the soil temperature reaches 12 °C 10 cm deep. Consistentgermination of the plant is achieved withmoist and heated soil. Sowing starts in the second half of May, but do rush. Because even then, there are sudden temperature drops that can chill the crop.

Cucumber seedlings are labor intensive, but accelerate harvesting by up to 3 weeks. If we are going to prepare seedlings, it is best to do it in pots or trays, as transplanting can damage cucumbersand the vegetable itself will not tolerate a change of place.
Sowing starts in April. For germination, the plant needs light and temperature between 20 and 25 ° C. We fill the pot with 2/3 of peat and following sprouting, we cover with a layer of nutritious soil. After 4 weeks, usually in mid-May, the plant should reach 12 to 27 cm and have several leaves. A few days before replanting, we harden the seedlings, limiting water and exposing them to the sun. When planting cucumbers, a distanceof up to 30 cm between rows is usually kept. Always water after planting the vegetables.

The high nutritional requirements of cucumber should be fulfilled by supplying it with nitrogen, potassium and phosphorus. It is advisable to use organic fertilizers, preferably manure before pre-winter plowing.
Organic fertilizers:

The harvest starts in July and ends in the first days of September. When cucumbers are yielding, they grow quite fast, so at that time you should monitor the condition of the fruit and collect the ripe ones. Unfortunately, cucumbers do not agree with storage, but they are the perfect raw material for all conserved jars, which can be stored for years with proper care.

As the cultivating season draws to a close, many gardeners are starting to think about a polytunnel. For many, this…

Roof and walls of tent halls

Roof and walls of tent halls are key elements of any modular steel structure. These features are responsible for safety,…

Growing green beans in tunnels begins much earlier than in outdoor plantations. Under favorable conditions, beans are already sown in a garden greenhouse in…