Mini tunnel as a cold frame 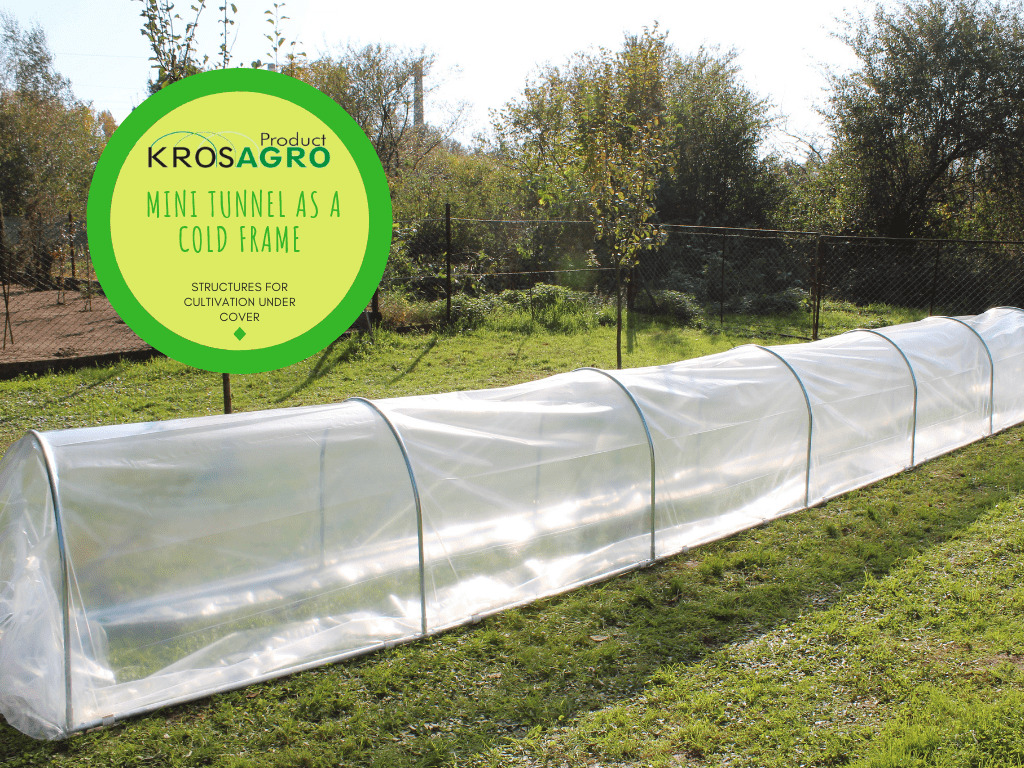 A mini tunnel as a cold frame boosts the production of vegetables and herbs by several weeks. You can grow spring vegetables, as well as prepare seedlings before placing them in a polytunnel. Thanks to this equipment, young plants benefit from optimal conditions as soon as they emerge, generating later abundant and mature harvests.

Mini tunnel as a cold frame for cultivation under cover

A mini tunnel is a small structure, where rather resistant plants (onions, carrots, spinach, etc.) can be sown at the end of February. Cold frames works similarly to a garden greenhouse. They protect young plants against low temperatures, frost and create a micro climate favoring growth under cover. When producing seedlings, as well as hardening them, they turn out to be essential.

Raised beds in the greenhouse

Planters, also known as raised garden beds, are containers filled with substrate. Their structure is made from wooden planks or other material in order to avail of different types of soil. You can build them yourself or buy them ready to use. Depending on the species, plants will need a different pH, more or less intense fertilization or watering. Some of them, planted too close to each other, could hamper the development of nearby crops instead of supporting them, as is the case with intercropping. Therefore, to develop several different crops, garden crates are implemented.

Planters with a plastic foil

The combination of a garden crate and mini tunnel favors sensitive plants, requiring special care. It is also an opportunity to grow tropical plants, thermophilic varieties, as well as protect vegetables and fruits in winter. With both mini tunnel and raised beds, gardeners can enjoy better harvests. Moreover, adding natural manure will release heat (decomposition of matter) which can be used as an energy source in winter.

A mini tunnel is a construction with a galvanized steel frame. Like other structures available in the Krostrade online shop, it has been treated against corrosion. A layer of zinc has been applied, which slows down this declining process. These elements, with regular maintenance, will retain their properties permanently, for the benefit of crops.

Tips for tomato growing in a polytunnel

Care of tomatoes in a greenhouse is not the easiest task. This plant has specific needs and each problem influences…

Polytunnel In May: 4 Tasks

Spring is always a busy time on the plot. May in a polytunnel often means that the first harvests (spring…

A gothic polytunnel is a particular product because of its shape. With half-round walls, the roof then gets narrow at…