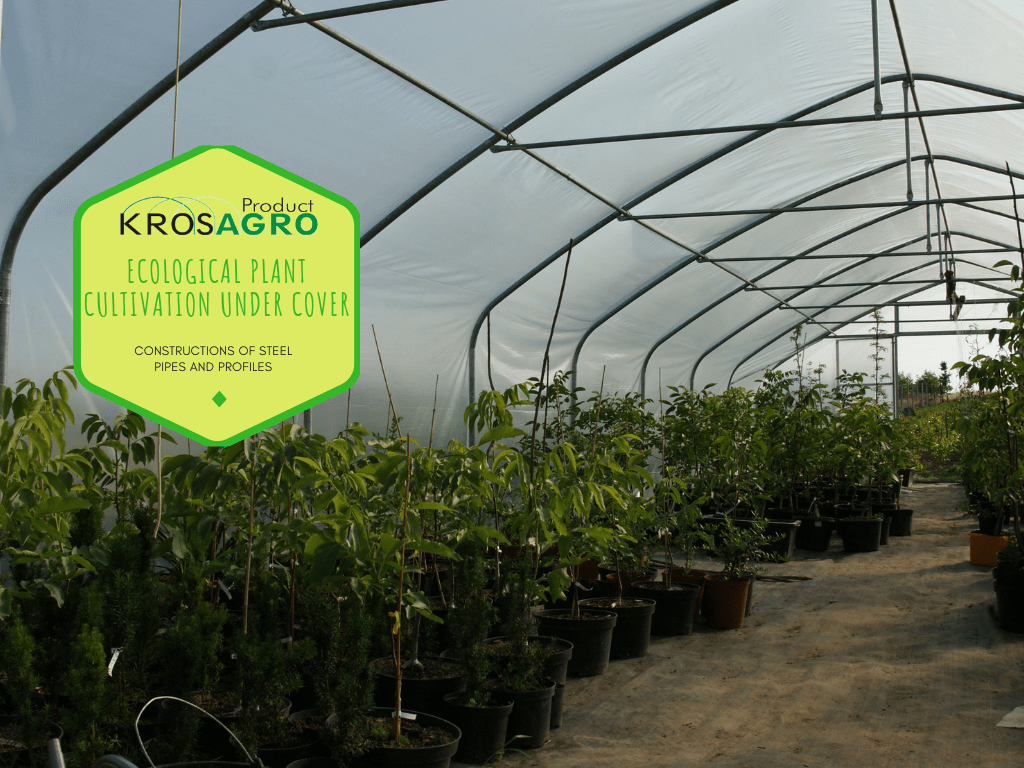 Ecological cultivation under cover involves the creation of optimal conditions for the development of plants, while implementing growing methods kind to the environment. Running an organic plantation is an intricate process, often associated with many difficulties. The hermeticity of greenhouses is the main feature , thanks to which a microclimate favoring growth is obtained. This air tightness also reduces the risk of pest appearance.

Ecological cultivation of plants in a polytunnel

Ecological polytunnels have become a key element for ecological crop production, as well as domestic gardening. The ability to shape the climate allows you to adjust the conditions to the plants’ requirements. The foil protects plants from the cold, meaning growing seasons start earlier and also last until late autumn. Vegetables and fruits will have enough time to grow and get ripe to be harvested.

The above mentioned cover protects the plants inside against various weather phenomena. To keep this favorable microclimate, ventilation placed on both walls of the greenhouse can be operated. A foil tunnel with side ventilation is equipped with openings rolled up using cranks. During hot summers, when hot air accumulates inside the structure, the polytunnel needs cooler air. Ventilation, which runs along the entire length of the tent, is then activated, creating an air flow. Air circulation contributes to remove heat outside the facility, replacing it with a fresher breeze. This feature is also useful during cold, rainy days, when a high moisture level is reached inside the greenhouse.

Protection of crops against pests

The insect screen mounted behind the foil, in addition to the full cover on the structure, offer protection against pests that could feed on vegetables and fruits. In an organic plantation, the ways to eliminate pests are very limited. You can not use the usual solutions that work immediately. Cheap means are not available, however, in order not to expose crops, it is worth using coordinated cultivation. There are also many natural resources that can be prepared and later used.

Healthy food from the garden

Growing your own vegetables and fruits reduces your expenses in stores. Many of them are imported from far away, cultivated using growth hormones. Although they are said not harmful, more and more people are giving up supermarket products in favor of local and ecological ones. It should be remembered that plants displayed on store shelves are often transported from distant countries. Different climates allow their cultivation out of season, using artificial means.

Unfortunately, most bio and organic products are expensive. There is still the possibility of growing them yourself. As a result, greenhouses will appear more and more often in domestic gardens, representing a symbol of independence, healthy nutrition and passion for gardening.

Ecological cultivation under cover involves the creation of optimal conditions for the development of plants, while implementing growing methods kind…