Soil temperature for cultivation under cover 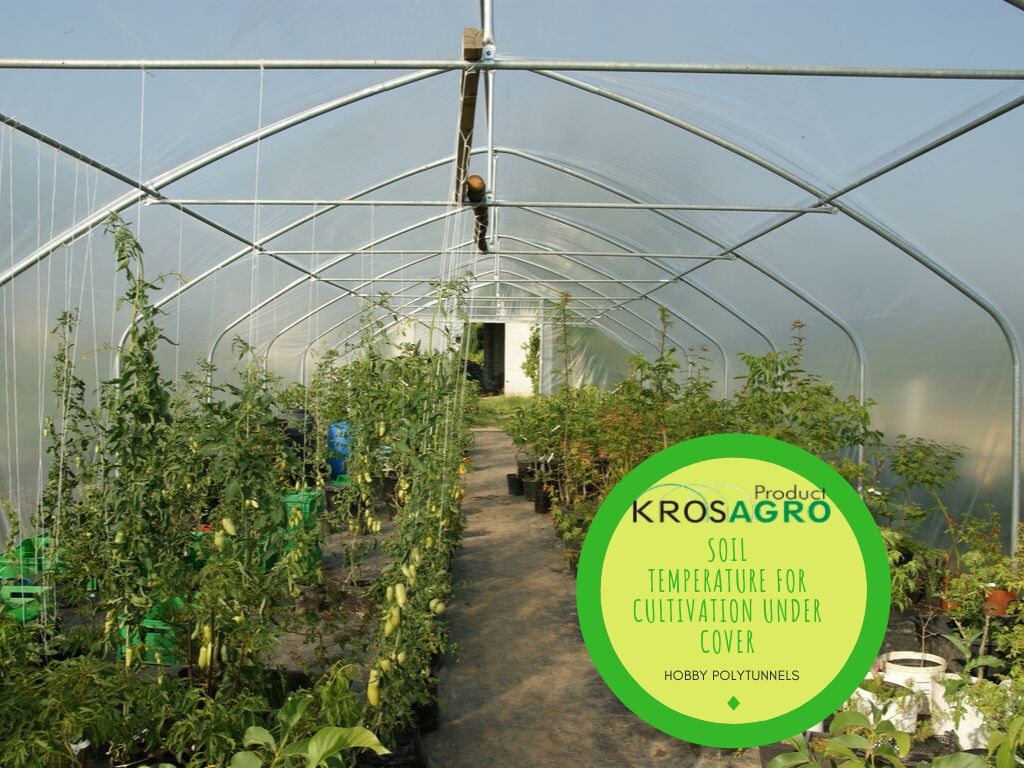 Soil temperature for cultivation under cover enables earlier sowing compared to outdoor production. All factors should be monitored in order to start early and harvest at the right time. Each additional day in the greenhouse will guarantee more mature and abundant crops, with harvests several times a year thanks to good crop rotation. Garden tunnels, unlike any other traditional form of cultivation, feature the ability to modify temperature and humidity levels inside.

Soil temperature for cultivation under cover in a polytunnel

At the time of writing this article (end of September), days are getting shorter, nights colder, often followed by foggy mornings. Fruit, roots and flowers should be fully grown, and the greenhouse itself cleaned of dry leaves, annual plants and unnecessary organic material. It is recommended to cover fragile plants with fabric or a mini foil tunnel. The extra protection reduces the risk of frost damage. This method also enables winter cultivation, although various precautions are to be implemented.

It is difficult to explicitly set specific dates, as to what and when to sow. Some years, the right conditions may appear early. However, one should beware of hasty decisions. Rushing into planting can lead to failure, so it might be better to sow a little later. When growing inside a tunnel, ground temperature will be the deciding factor. You can use a soil thermometer. As soon as it reaches the level needed for growth, you can start gardening.

Cold ground in the garden

Too cold a soil means that the plants can experiment a germination delay, which subsequently causes uneven emergence. At the end of the season, many plants will either be fruiting, flowering or be just about ready for harvest. Thermophilic species are particularly susceptible to low temperatures, as conditions below 10 ° would be considered as destructive. However, if you are eager to start earlier, without worrying about the development of the crop, you can use seedlings. Production from seedlings is particularly recommended for long-ripening tropical plants, originally found in much warmer areas. The site where a vegetable garden is situated might present an unfavorable micro climate. In that case, polytunnels are often the only solution for such locations.

Substrate will get warmer depending on whether agro fabric, mulch or other material is used. Sun exposure and slope of the ground will also be important. Southern slopes will heat up faster than northern slopes or flat plots. Importantly, snow will also melt faster on south oriented sites, making them more suitable for cultivation. Soil humidity is another important factor. Concentration levels depend on soil structure, rainfall frequency, pH, as well as to some extent on the species being grown in a given place.

Growing Blackberries In A Polytunnel

In this part of the Krosagro guide, we will explain how to start growing blackberries in a polytunnel step by step: how…

Protecting a polytunnel against the wind

Protecting polytunnels against the wind is one of the duties that one should contemplate even before setting up the structure….

Foil fixing clips enable users to secure a cover onto the structure. This plastic membrane is exposed to atmospheric conditions…