Growing artichokes in a polytunnel 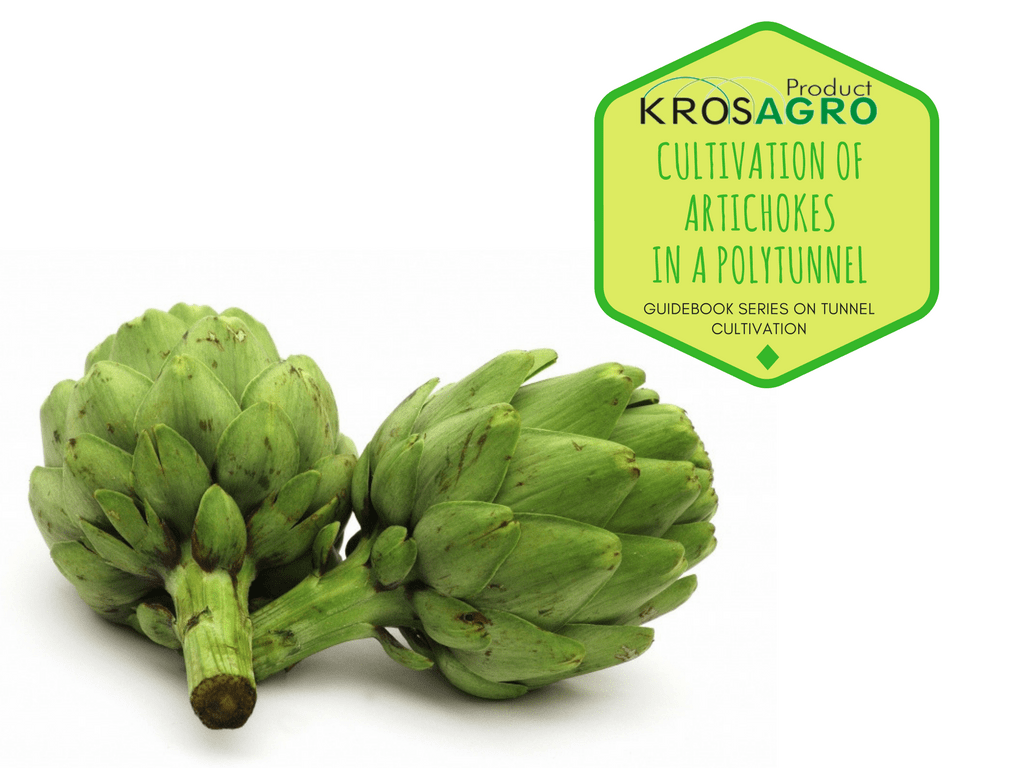 A foil tunnel enables cultivation of many plants that could not be grown outdoors. A specific microclimate is created thanks to the cover, favorably affecting growth of vegetables and fruits. One of the plants that until recently was considered only as a curiosity is the artichoke. This peculiar vegetable comes from the warm climate of the Mediterranean countries. Where it has been cultivated for hundreds of years.

The tasty artichokes are easily digestible. Contain many valuable health properties and have been widely used in the cosmetic and pharmaceutical industries. The plant extract appears in many medicinal and dietary supplements, positively affecting the human body. In addition, it is impossible not to pay attention to the attractive appearance of the plant. When it starts to grow a flower bud, it looks really impressive.

This time in the Krosagro guide , we will tell you how to grow, plant and cultivate artichoke in a polytunnel step by step.

Artichoke is an interesting looking perennial herb. Belonging to the Asteraceae family, in which the flower buds are the edible part. It is grown to harvest vegetables as well as offer garden decorations. Big, silver-green leaves growing on a thick stem look fascinating.

In a zone with moderate climate, artichoke would not be able to survive the winter, which is why they are usually grown as annual plants. You can try to produce them for several years, but it is much more difficult. With a heated foil tunnel, all you need to do is maintain a favorable temperature for their growth. Then they do not fear anything apart from frost and cold. In an unheated greenhouse, the area where the plant grows must be protected against heat losses. For this purpose, an agro textile and a mini foil tunnel can be set for the vegetable.

The plant itself belongs to the group of thermophilic plants, the optimal temperature for its growth oscillates between 19 ° C and 25 ° C.

Seedling production starts from February to mid-March. Do not wait too long as later the plant may have too little time for growth. First, prepare the pots, which are filled with a peat substrate with a pH of 6.0 to 6.5, and then place 3 seeds inside. The plant should be kept in a propagator at a temperature of approx. 18 ° C until the appearance of seedlings. When the cotyledon appears, temperature in the container should be between 12 ° C and 15 ° C. As soon as the seedlings rise, the weaker ones are removed and leave the strongest ones.

The substrate in the greenhouse should be a fertile humus and, most importantly, humid. Artichoke does not tolerate any shortage of water, and you should make sure of the right soil structure. The vegetable has high nutritional requirements, so even before planting it is worth enriching. The soil with a mixture of mineral fertilizers, and the site would be even better a year after this addition.

When the plant is mature enough, it is brought to a permanent position in the garden greenhouse. Usually, artichoke planting is carried out in mid-May. It is important that favorable conditions for maturation prevail inside the tunnel, meaning you can start growing.

Seedlings in warm zones are planted every 4 meters, while in moderate or colder climates, it closer patterns are advised. It is enough to keep a 100x100cm spacing and plant into 30 cm wells, then cover them with rich soil(compost).

Artichokes offer crops from August to October, the green flower buds are then harvested, having not fully developed. They are cut with a sharp knife leaving with a piece of stem, and after washing they are ready to be eaten. The edible part is the flower bud, the tastiest part of the plant.

Artichoke buds can be stored for a maximum of 10 days at a temperature of 0 to 2 ° C. After flowering, it is still ready for consumption for a few days, after which it starts to spoil and lose its nutritional value. Flower buds can be marinated,  constitute a main dish or a part of it, and can also be eaten raw. In addition to the flowers themselves, the edible petioles are also an edible part of the artichoke.

Which Polytunnel Accessories To Buy

After choosing the frame and cover, it’s time to decide which polytunnel accessories to add. Over time, investment in additional…

How To Use Household Items For Self-Watering Mini Greenhouses

Are you wondering how to use household items for self-watering mini greenhouses? Transform wine bottles, towels, buckets, plant saucers, plastic…

Cleaning and sharpening garden tools at the end of the growing season in a polytunnel is a must. Having spent…