Cultivation of edible flowers in a polytunnel 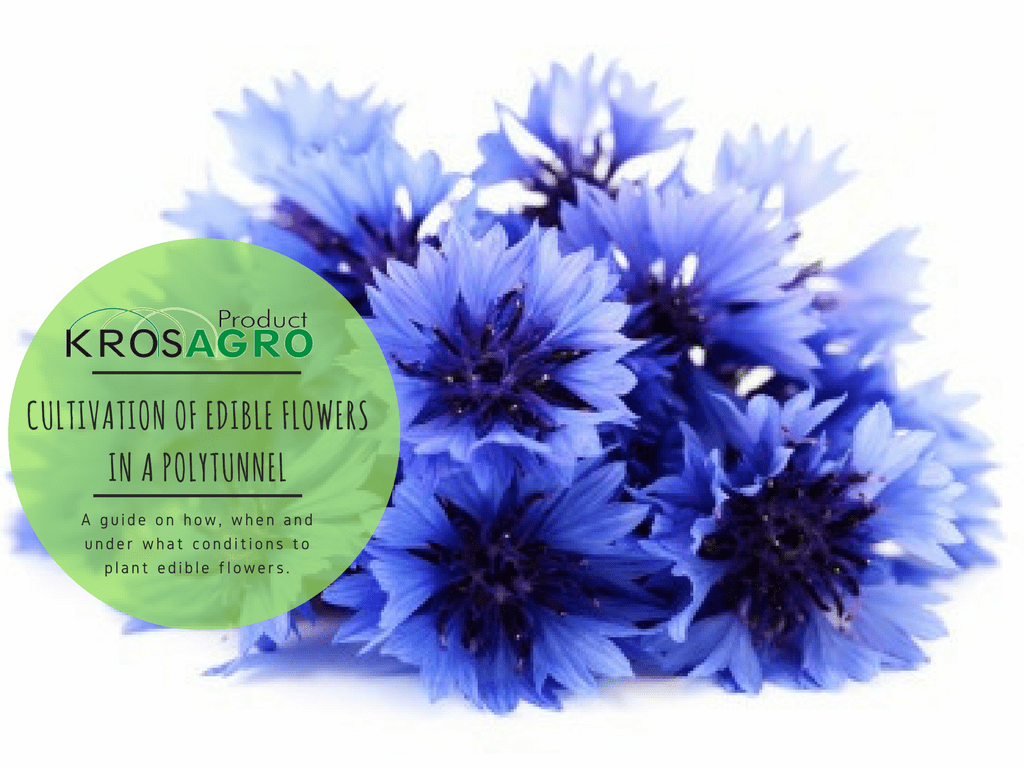 Edible flowers are a novelty for many people, despite the fact that they have been consumed in different ways for centuries. There are many types of edible flowers that enrich dishes with intense aroma and unique taste. Flowers, as a component of tea, have many medicinal properties and produce effects similar to prebiotics. Cultivation in a polytunnel allows you to enjoy their colors and aromas not only at home as your decoration but also as part of your daily diet.

Edible flowers in a tunnel?

Many plants have become visible elements of decoration and garnish, but only reach the plates as such. When planning and planting your site, it is worth familiarizing yourself with the edible parts of flowers (aboveground and underground), for an appropriate use in the kitchen. By choosing plants carefully, they can be turned into infusions and herbal teas, with no comparison with the ones bought in stores. It is worth having a go because they are not demanding or difficult to grow, and the addition of edible flowers only diversify the crop. Many people start experimenting with these types of plants after the first planting. No wonder flowers become then a constant feature in the tunnel.

The introduction of some edible flowers into the greenhouse positively influences other crops. For example, tagetes have nematicidal properties. Nasturtium, combined with high plants, attract aphids, leaving crop pest free. But borage attracts pollinating insects, and associating it with broad bean reduces the chance of attack by larvae devouring leaves. Of course, these flowers are also used in cosmetics, as well as aromatherapy and cooking.

How and which edible flowers to cultivate?

Nasturtium is one of the most common in cultivated flower. The ones coming from warmer climates need an increase of sun exposure. Protect them against frost, as they are sensitive to sudden temperature fluctuations. In the fighting against aphids, they are more effective than many chemical preparations. Added to salads, they can replace the much more expensive artichokes and capers, to which they have similar taste.

A simple plant in the family Asteraceae. Yellow marigold flowers grow on every type of soil and fulfill their potential in sunlit areas. They are often planted under cover to reduce the chance of infection by whitefly. Added to fish and pates, they offer a peppery and savory flavor.

This annual plant is very easy to grow. Fluted, with a yellow orange colour, they produce beautiful flowers especially in the summer. In addition, once added to the garden tunnel, they eliminate nematodes, protecting the main crop from aphids and weeds. In the kitchen, they can be used as a spice for salads, soups, sauces and for food coloring.

This two-year plant has a very attractive appearance. Its blue flowers, with a similar color to the sky, are often used to decorate the garden. Interestingly, these flowers smells and tastes like cucumbers.

Used in herbal medicine, it has an anti-inflammatory effect, while in cooking, it is a common ingredient for salt free diets. It is added to the mutton (to cover up the smell), minced meat and cheese. Planted in the company of strawberries, it contributes to their better growth

Formerly and even now, has been grown as a staple plant. Cornflower is also a natural blue dye. Although it looks like a fragile flower, it is a very durable crop. Even if it does not smell, it is characterized by a sweet and savory taste, as well as giving an attractive look. As a spice and decoration, it is used for pancakes and pasta dishes.

Has much higher requirements than previous plants, but with proper care , this crop should not be too difficult to grow. Full of grace and color, flowers look fresh in salads, jellies and act as a decorative element drawing attention.

They have little space and soil requirements, and their additional advantage is that they can be used in many ways. In the kitchen, they often appear in recipes as spices, giving dishes a distinct spicy flavor.

Poisonous flowers – do not eat them!

Flowers that are to be eaten should not be sprayed with any plant protection products. Persons suffering from allergies or asthma should remain cautious when eating flowers. Before we start to eat any flower, we must first identify it. Quite a large range of plants can be harmful. The poisonous flowers include hydrangea, chrysanthemum, azaleas, aconitum, datura, poppy and many others. Therefore, it is safer to eat the species we planted ourselves to be sure that they are edible.

A polytunnel with an insect net is usually a structure with side ventilation. The openings placed on both sides are…

Growing Blackberries In A Polytunnel

In this part of the Krosagro guide, we will explain how to start growing blackberries in a polytunnel step by step: how…

Topinambour – cultivation in a polytunnel

Topinambour is also referred to as Jerusalem artichokes. In gardens, it is planted both as a decorative and edible plant….